FDA to Demand Cardiovascular Outcome Studies For All New Antidepressants 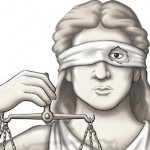 Virtually all drugs have cardiovascular side effects – indeed, it is hard to think of any drug that does not affect blood pressure or heart function in some form or fashion – think drugs for chronic pain, depression, gastrointestinal reflux, urinary incontinence, asthma, allergies, skin infections, constipation, erectile dysfunction, or even just the ‘common’ cold.

Drugs for these conditions are widely used, even by people with pre-existing or at risk for heart disease. When wrongly used, all of these drugs (like most drugs I know of), have the potential to harm.

This is why, most drugs are prescribed by doctors and dispensed by pharmacists, come with extensive package inserts listing all possible harmful effects (no matter how rare), and may include more severe warnings (black box) or restrictions on their distribution (as for scheduled drugs).

It turns out that Depression is associated with a considerably elevated cardiometaolic risk.

According to a paper published in Molecular Psychiatry in 2002,

“Depression is related to coronary heart disease, hypertension and stroke, and it is now recognized as an independent risk factor for cardiovascular disease. Epidemiological data indicate that depression predicts the development of coronary heart disease in otherwise healthy individuals. Several studies reported increased morbidity and mortality in depressed patients with coronary artery disease, particularly after acute myocardial infarction, independent of previous history, thereby implicating depression as a risk factor in the progression of heart disease. Depression is associated with a four-fold increase in the risk of mortality during the first 6 months following acute myocardial infarction, after controlling for covariates. The prognostic significance of depression in patients with heart disease is comparable to that of left ventricular dysfunction and prior myocardial infarction. Additionally, a number of well-designed studies have demonstrated that depressed patients have a higher risk for developing hypertension.”

Interestingly, the FDA (and its advisory committee) has no issue with approving new antidepressants without requiring companies to first prove their safety in rigorous cardiovascular outcome trials.

In 2011 the FDA approved valazodone for the treatment of depression, a dual action selective serotonin reuptake inhibitor (SSRI) and serotonin 1A receptor partial agonist (a mechanism similar to that of some anti-obesity drugs), which lists as side effects heart palpitations, fainting, and the risk of high or low blood pressure, not to mention the possibility of a potentially fatal serotonin-withdrawal syndrome when suddenly discontinuing its use.

According to Thomas Laughren, M.D., director of the Division of Psychiatry Products in the FDA’s Center for Drug Evaluation and Research, the reasons for approving valazodone includes the fact that,

“Major depressive disorder is disabling and prevents a person from functioning normally. Medications affect everyone differently, so it is important to have a variety of treatment options available to patients who suffer from depression.”

As it turns out, people with depression are fortunate!

On the other hand, last week, an FDA Committee (largely the same folks I presented to a few weeks ago), advised the FDA (with a 17 to 6 vote) to require cardiovascular outcome trials for all new obesity drugs obesity even those without a theoretic risk or signal for cardiovascular harm.

This advise violates the first principle of medical care: first do no harm!

Because this advise is directly harmful to the over 70 million Americans, who suffer from obesity.

As someone, who is well aware of the history and potential misuse of anti-obesity drugs, I do fully agree with the notion that to date, most of the patients enrolled in the phase 2 and 3 clinical trials for investigational obesity drugs have very low short-term risk for major adverse cardiovascular events (MACE) (e.g., < 0.5% per year) and that there should be a requirement to enriching the phase 2 and 3 clinical trials with overweight and obese individuals at higher risk for cardiovascular events (e.g., history of myocardial infarction, stroke, multiple risk factors) and performing a meta-analysis of prospectively adjudicated events. In fact, I would limit all anti-obesity drug trials to individuals with EOSS Stage 2 obesity or higher.

However, I see no reason other than weight-bias and discrimination to require pre-approval CV outcome trials for anti-obesity drugs without even a theoretical (let alone a likely) risk of cardiovascular harm.

Imagine there were no effective drugs for depression and the FDA would make it fiscally impossible for drug companies to develop anti-depression drugs (leaving patients with no option but to eventually opt for electroconvulsive shock treatment). I can only imagine the families of depression and suicide victims taking to the streets and writing strong letter of protest to their representatives in congress.

But of course not the people suffering from obesity (or their family members) – after all isn’t obesity self-inflicted, don’t obese people simply lack self-control, don’t they just want to look better, aren’t they simply too dumb to heed package inserts, and don’t they need the ‘nanny state’ to look out for them (funnily enough, however, only when it comes to medications for obesity, not when it comes to the many societal factors that drive it).

Well then again, perhaps the difference is that people with chronic pain, depression, gastrointestinal reflux, urinary incontinence, asthma, allergies, skin infections, constipation, erectile dysfunction, or even just the ‘common’ cold have real diseases that are disabling and prevent them from functioning normally – lucky them!

Or, is it that the FDA, perhaps due to its immense capacity for compassion, cares so much more about the safety and welfare of our obese citizens, than for those less-deserving folks afflicted with other conditions?

p.s. The FDA is not really expected to demand CV outcome studies for new antidepressants – only for new anti-obesity and diabetes drugs – go figure!

Disclaimer: I have received honoraria for speaking, consulting, and conducting research for the makers of anti-obesity drugs.