Home » blog » Why Complex Is Not Just Complicated

Why Complex Is Not Just Complicated 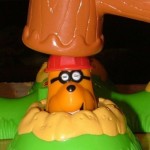 A single mom juggling two jobs and four kids may be right in thinking her life is complicated – but it is certainly not complex – at least not in the scientific sense of the word.

In medicine we also differentiate between procedures that are complicated (difficult, requiring skill) and complex (no clear solutions, unknown and incalculable risks, unpredictable outcome).

The best description of complexity was the “simplified” one I found in a book called Black Swans by Nassim Taleb:

“A complex domain is characterized by the following: there is a great degree of interdependence between its elements, both temporal (a variable depends on its past changes), horizontal (variables depend on one another), and diagonal (variable A depends on the past history of variable B). As a result of this interdependence, mechanisms are subjected to positive, reinforcing feedback loops, which cause “fat tails”…In lay terms, moves are exacerbated over time instead of being dampened by counterbalancing forces. Finally, we have nonlinearities that accentuate fat tails.”

As some readers may know, the term “fat tails” refers to an unexpectedly thick end or “tail” toward the edges of a distribution curve, indicating an irregularly high likelihood of extreme or catastrophic events.

How is this discussion of complexity relevant to obesity?

When we speak of obesity as a complex problem (and not simply a matter of calories in and calories out), we allude to the complex interactions of a multitude of societal, psychological, and physiological variables that do not allow a ready dissection as to cause and effect (are large portion sizes leading to obesity or do obese people drive the demand for larger portions?).

Perhaps more importantly, complex systems are difficult to model – tweaking the system at one end (e.g. banning pop machines from schools) may lead to unintended consequences elsewhere in the system (e.g. schools have less money to invest in sporting activities).

This means that coming up with system-wide interventions (or rather predicting their effect) with regard to reversing the obesity epidemic will prove challenging. Well-meaning legislators may suddenly find themselves in a game of “whack-a-mole” as the system responds in unpredictable and erratic ways. (Politicians may still choose to pass populistic laws to demonstrate that they are not unresponsive – but no results are guaranteed).

Because of the temporal dissociation that may well occur in complex system, even when solutions look like they seem to be working, only time will tell, as unintended consequences may take years (or generations?) to manifest themselves.

This should not be an excuse to throw up our hands in despair and do nothing. It should, however, be a warning to anyone, who believes to have the “simple” solution to the obesity problem, to tread cautiously and to always expect the unexpected.