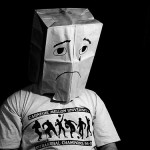 As mentioned yesterday, this week, I am attending a Scientific Symposium called “Recovery From Addiction“, organised as part of the Alberta Family Wellness Initiative of the Norlien Foundation.

One of the most fascinating and thought-provoking presentations yesterday, was a talk by Garrett O’Connor, Medical Director of the Professional Recovery Program at the Betty Ford Center, one of the leading US addiction treatment hospitals, on the topic of shame.

As Garrett pointed out, shame is not only a taboo topic but also leads to isolation, guilt, denial, secrets, silence, hidings and cover-ups – all issues related to addictions (and often obesity, I may add).

It seems that the phenomenon of shame is deeply ingrained in our biology and probably evolved to keep our reptilian brains in check.

Garrett described shame as, “A sudden decrease in self-esteem, an uncomfortable nanosecond in which we are revealed to ourselves as being something less than we wanted to believe“.

The emotions associated with shame can result in shyness, embarrassment, humiliation, alienation, or even mortification (shame can kill). Shame is the affect of inferiority, failure, mediocracy, inadequacy, dependency, unworthiness, abandonment, and expulsion.

There is a wide range of experiences that can result in shame, including witnessing or experiencing physical, mental or sexual abuse, witnessing domestic violence, mental illness, substance abuse, or criminality in the family, parental separation or divorce.

“Healthy” shame protects and motivates the self in a positive direction by deeply disturbing our sense of self or who we think we are.

In contrast “malignant” shame attacks and wounds the self, slices through the ego, and can express itself by rage and self-loathing. Often, malignant shame manifests itself as fear and terror of being judged negatively, or found wanting by a person or institution with real or imagined power and authority over you. It may lead people to evolve a false persona to conceal the “worthless person” hidden behind the mask of shame. In many cases malignant shame turns to despair – blocks feelings and connectedness.

Garrett spoke about how shame can cascade down through generations as it runs in families or even, as in the case of historical shame, can affect entire populations or societies.

When both personal and cultural shame come together, things can really go wrong. One example of malignant shame, discussed by Garrett, was the collective shame experienced by Germany after losng WW 1, which led to subsequent embracement of the Third Reich with projection of the shame into Jews, thereby making it appear “legitimate” to exterminate them in the holocaust. Clearly, the Nazis lacked “healthy” shame, which may well have have prevented these atrocities.

In North America, alcohol and other measures were used to induce malignant shame in the native populations resulting in much of the problems that these populations still face today (poverty, alcoholism, addiction, obesity, etc.).

Referring to his own experience with alcoholism, Garrett described how 25 years of shame, fear, remorse, despair, humiliation and dehumanisation were compounded by recognition of his own moral and spiritual bankruptcy with intermittent bouts of suicidal ideation.

I could not help but wonder, how often malignant shame plays a role in weight management. Many of my patients have experienced deep shame – shame about experiences or circumstances in their lives, but also shame about their failure to conquer their weight. For patients who chose bariatric surgery, shame can even come from appearing to have taken the “easy way out”.

Unfortunately, there is no easy way to deal with malignant shame. It appears, that as with addictions, the 12-steps approach may be the most effective.

Perhaps, as often, the first step on the path to healing is to simply acknowledge and accept shame as part of the problem. Anyone practicing in bariatric medicine or surgery should be sensitive to shame and learn to address this issue in a sensitive and constructive manner.