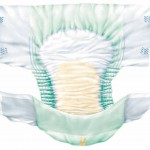 Last week the N Engl J Med published the results of the PRIDE study (Program to Reduce Incontinence by Diet and Exercise), a large randomized trial in 338 overweight and obese women with at least 10 urinary-incontinence episodes per week. Patients were randomized to an intensive 6-month weight-loss program that included diet, exercise, and behavior modification (226 patients) or to a structured education program (112 patients).

These findings suggest that urinary incontinence should be added to the long list of health problems that improve with moderate weight loss.