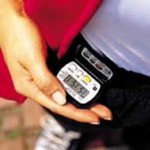 Earlier this week I posted on the importance of self-monitoring and asked about how my readers monitor their food and activity – the responses were overwhelming. While almost all readers acknowledged how self-monitoring helped them maintain their weight losses, there was a wide range of tools and programs that were recommended – my response is: whatever works!

While a food journal (electronic or otherwise) works to monitor food intake, keeping track of activity is not quite that easy. While there are sophisticated (and expensive) devices that accurately measure motion in three planes, somtimes even in combination with changes in heart rate, most of my patients tend to use simple pedometers to measure their activity levels.

While measuring steps is probably better than measuring nothing, there are limitations to the use of pedometers.

This topic was extensively discussed in a classic paper by Catrine Tudor-Locke and Lesley Lutes from the Pennington Biomedical Research Center, Baton Rouge, LA, published in Sports Medicine back in 2009.

As the authors point out, two independent meta-analyses concluded that using a pedometer does increase physical activity, probably because it acts as a motivational tool.

In an effort to begin to outline why pedometers work, for whom, and under what conditions, the authors explored the published literature to identify factors related to using pedometers to increase physical activity.

(i) gain a better understanding of the activity-promoting characteristics of pedometers;

(iii) identify participants who engage in, and benefit most from, such programming.

From their analysis of the (then) published literature, the authors concluded that pedometers are most sensitive to walking behaviours (both an advantage and a limitation) and offer an affordable and accessible technology that is simplistic in output, low-literacy friendly, and immediately understandable to end-users.

However, they also point out that more research is needed to compare the effectiveness of self-selected individualized goals with tailored goals (based on a specified baseline characteristic, for example), standardized goals (e.g. percentage-based increments) and pre-set uniformly administered goals (i.e. a volume total of 10 000 steps/day or an incremental total of 2000 extra steps/day for everyone).

They also note that since most studies of pedometer-based programmes have been of relatively short duration, it is unknown to what extent observed changes are sustainable or whether it is possible to continue to accrue benefits over long-term adherence.

In addition, the majority of pedometer-based programme participants to date have been women, suggesting that more research is needed on men and how they react to this form of physical activity intervention.

As expected, increases in steps/day are generally the greatest in those who start out with the lowest number of daily steps.

So, while the final verdict is still out on who benefits most, and/or requires additional or alternative strategies to succeed in their personal behaviour-change attempts, current evidence certainly supports the use of pedometers to promote physical activity (irrespective of whether or not this actually results in weight loss).

But pedometers are the simplest devices – I am sure that some of my readers are using more sophisticated equipment?

Also, while recording steps in a diary is certainly effective, I am also sure that many of my readers are probably using propriety software that comes with some of these devices or are entering their steps into online applications.

Looking forward to your responses.