Home » blog » The Era of Globesity is Upon Us – Now What?

The Era of Globesity is Upon Us – Now What? 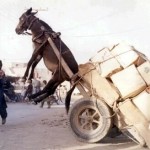 Last week it was hard to miss the media barrage following the publication of one of the largest ever global studies on obesity by Mariel Finucane and colleagues on behalf of the Global Burden of Metabolic Risk Factors of Chronic Diseases Collaborating Group in The Lancet.

The researchers estimated trends in BMI for adults 20 years and older in 199 countries and territories including data from over 960 country-years and 9·1 million participants.

Only a handful of countries stayed weight stable – the regions with almost flat trends or even potential decreases were central and eastern Europe for women, and central Africa and south Asia for men.

The largest increases were seen in the Oceanic countries, where current population averages are hitting 33 kg/m² (no – the USA is not the fattest country in the world!).

A most useful interactive info graphic that illustrates these trends for all of the countries included in this study can be found on the Washington Post website.

With almost 1.46 billion adults overweight (BMI ≥25 kg/m2), including 500 million clinically obese (BMI ≥30 kg/m2), it will take decades before there is any hope of reversing this global trend – even the most optimistic public health experts are skeptical that these numbers are likely to significantly drop before the middle of this century

Essentially, as blogged before, this means that we finally need to get serious about obesity control and treatment. But herein lies the problem.

Not that wide scale treatment of a chronic condition is not possible or unlikely to be effective.

The same issue of The Lancet incidentally also features an article on global trends in high blood pressure – here rates are decreasing (by almost 8 mmHg systolic in high-income countries!

Given that obesity is one of the strongest drivers of high blood pressure (especially in younger adults), as pointed out by Sonia Anand and Salim Yusuf in an accompanying editorial, one explanation for this decrease in blood pressure levels could be the better identification and treatment of patients with hypertension – something that can generally be achieved for a a few cents a day with existing medications.

Indeed, the widespread use of medications for lowering blood pressure and cholesterol levels as well as better diabetes control (in addition to reductions in smoking rates) have been implicated in the continuing fall in cardiovascular deaths despite increasing obesity rates in high-income countries.

Unfortunately, no such medications are currently available for obesity.

Bariatric surgery, clearly the most effective long-term treatment for obesity, is likely to be (and perhaps should be) reserved for more severe cases. Although over 500,000 bariatric operations were performed globally last year (and hopefully benefitted the majority of patients who underwent these procedures) this is somewhat akin to scratching at an iceberg with a teaspoon in terms of global impact.

In overweight individuals at lower BMI levels, modest weight loss (3-5%) can likely be achieved and sustained with behavioural modification alone. Sadly, for the many individuals in the moderate to higher BMI range, long-term success with lifestyle change alone is likely to remain the exception (but kudos to those who can do it!).

That is of course, unless we come up with effective and reasonably safe pharmacological treatments for obesity, similar to those that exist for high blood pressure or elevated cholesterol levels. Not that blood pressure or cholesterol-lowering medications are completely without risk – but on average, when used as indicated with proper monitoring, substantially more people benefit from these medications than sustain serious harm from them (although this no doubt happens).

Unfortunately, as regular readers of these pages will appreciate, bringing effective anti-obesity drugs to market (or keeping them there) is not easy.

In contrast to the often rather dubious manufacturers of the many useless (and often dangerous) “all-natural” “scientifically-proven” metabolic boosters, fat burners, and appetite suppressants, readily available on the internet, in health stores, and on supermarket shelfs, pharmaceutical companies are held to vastly higher standards and have to invest billions into well-controlled clinical trials that include 1000s of volunteers before they can even remotely hope to bring any new drugs to market – the safety standards for obesity drugs (perhaps unfairly?) appear even higher than for other indications.

In addition, any obesity drugs that do eventually make it to market are likely to be rather pricey as the companies seek to recover their substantial development costs and still turn profits for their shareholders.

This means that for the vast majority of people living with excess weight today, the only option will be to either continue on their journey of yo-yo dieting and weight cycling (with all of its profoundly negative psychological consequences) or to accept their excess weight and try to live as healthy and active lives as they possibly can (read: Health at Every Size = HAES).

This also means that health professionals need to be far more knowledgeable in providing advice and support to their patients and be far more realistic in their expectations of them.

As blogged before, we as health professionals need to learn to identify and address underlying psychosocial and biomedical drivers of weight gain (rather than simply blaming it on overindulgence, sloth, and lack of will power), counsel patients on realistic and sustainable behaviour change, acknowledge the considerable work involved to achieve and sustain even modest weight loss (for many patients simply helping them prevent further weight gain can be success!), and, perhaps most importantly, focus on improvements in health and quality of life rather than obsess about numbers on the scale.

In the meantime, let us also get more serious about addressing the many societal drivers of this global obesity epidemic – even if it may mean overhauling our food-supply systems, restructuring our work and family lives, rebuilding our cities, cleaning up the environment, and perhaps (for some of us at least) working less and sleeping more.