Home » blog » Tell Your Kids To Play Outside Till They’ve Walked 12,000 Steps

Tell Your Kids To Play Outside Till They’ve Walked 12,000 Steps 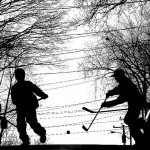 Canadian kids (and adults) are steeped in an epidemic of sedentariness – not just those with excess weight are not moving enough – no one is!

So, while clinicians may be familiar with the recommendation for adults to aim for 10,000 steps a day (an ambitious goal by most standards), step recommendations for kids are less clear.

This issue was now addressed by CON Bootcamper Rachel Colley and colleagues from the Children’s Hospital of Eastern Ontario Research Institute, Ottawa, Ontario – their findings were just published in Medicine and Science in Sports and Exercise.

It turns out that the daily step count equivalent to 60 minutes of MVPA is about 12,000 steps per day (range 11,290 and 12,512). This is slightly lower than the 13,500 steps that have been previously recommended as a target for children and youth.

In a word to both researchers and clinicians, the authors propose that 12,000 steps per day (as assessed by a pedometer or accelerometer) be used as a target to determine whether children and youth aged 6-19 years are meeting the current physical activity guideline of 60 minutes of daily MVPA.

While this number is reassuring to know, it is unlikely to change much unless parents actually do start sending their kids outdoors to kick around the neighbourhood till the lights come on.

I am not sure the kids would mind – but this generation of ridiculously overprotective ‘helicopter parents’ will probably lose sleep over the very idea of letting their kids be kids.