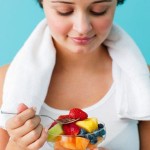 Over the next little while, I will be taking a few days off and so I will be reposting some of my favourite past posts. The following article was first posted on Apr 19, 2010:

This anti-fat prejudice has direct implications for the health of those struggling with excess weight as it can increase vulnerability for depression, low self-esteem, anxiety, suicidality, maladaptive eating behaviors, avoidance of physical activity, poorer outcomes in behavioral weight loss programs, and hesitation to seeking preventive health-care services.

Perhaps one reason why health professionals are particularly prone to anti-fat prejudice, may be because conventional health education curricula tend to focus primarily on the importance of “controllable” lifestyle reasons for obesity, with health promotion/public health programs typically emphasizing dieting and physical activity as the cornerstones of obesity treatment and prevention. (see my previous posting: Does the Focus on Prevention Promote Weight Bias?)

Thus, the predominant focus on personal control may well increase the notion that people with excess weight simply lack willpower or are gluttonous and lazy.

This hypothesis was now tested by Kerry O’Brien (Manchester, UK) and colleagues in a paper just published online in OBESITY.

1) A discussion of research on common causes and treatments for obesity emphasizing personal responsibility and control (e.g., overeating and lack of exercise).

2) A discussion of genetics (biological predispositions/heritability) and socioenvironmental (e.g., the calorie-dense food environment) reasons for obesity providing research evidence and discussion on uncontrollable causes of obesity.

3) A discussion of research on rates of hazardous drinking in young people (16–24 years), its consequences, drivers, and reduction approaches. (this was the control group).

Before and after tutorials, participants were examined both for explicit bias (e.g. “I don’t like fat people much”, “Fat people tend to be fat pretty much through their own fault”) and implicit bias (using a test that examines participants tendencies to associate negative attributes (e.g., “bad,” “lazy”) with “obese/fat people,” or positive attributes (e.g., “good,” “motivated”) with “thin/slim people”).

The researchers hypothesised that those receiving training about the controllable causes of obesity (e.g., diet and exercise) will display increased anti-fat prejudice relative to the control participants.

Conversely, the researchers expected that those receiving information on the uncontrollable causes of overweight and obesity (i.e., genetics, environment) will show reduced anti-fat prejudice.

“…health educators should ensure that information on genetic, social and environmental causes of obesity, and their interactions, is delivered in a convincing manner along side traditional information on causes and treatments of obesity, such as diet and exercise.“

This study not only has implications for professional education but also for public health campaigns that tend to focus exclusively on diet and exercise while avoiding placing as much attention on genetic and non-controllable risk factors.

My own experience in presenting our recently published aetiological framework for obesity assessment to health professional audiences is consistently met with an often palpable change in attitude amongst my colleagues, many of whom have explicitly thanked me for opening their eyes to the complexity of this condition.

As long as we as health professionals do not address anti-fat bias amongst our peers, those struggling with excess weight will continue to suffer the consequences.