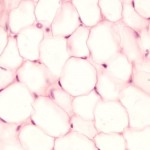 I am currently in Cambridge, UK, as part of the faculty of SCOPE (Specialist Certification of Obesity Professional Education), the official inter-professional educational program of the International Association for the Study of Obesity (IASO).

This year’s participants include a significant delegation from India, which is in the midst of its very own obesity epidemic.

While it is rare to see severe obesity (BMI levels over 40) in people of South Asian origin, there is now ample evidence suggesting that this population is particularly prone to the cardiometabolic complications of obesity even at a rather moderate increase in BMI.

In a study I co-authored with Sonia Anand and other colleagues from McMaster University, Hamilton, ON, published online today in PLoS one, we show that this increased risk may be attributable to adipocyte hypertrophy and increased ectopic fat deposition.

For this study, we recruited 108 healthy South Asians (defined as parents and grandparents who originated from India, Pakistan, Sri Lanka, or Bangladesh) and white Caucasians (ancestors originated from Europe) into one of three BMI strata: ≤25 kg/m2, 26–29 kg/m2, ≥30 kg/m2, matched for sex and age.

Most interestingly, fat cell size, measured as adipocyte area, was increased in South Asians compared to white Caucasians, and this difference in adipocyte size accounted for almost all of the observed differences in metabolic parameters and fat distribution.

Thus, this form of ‘ethnic’ lipodystrophy’ may well play an important role in the increased risk of South Asians even at lower BMI levels.

Although, this is a small cross-sectional study, the consistency of our findings with other reports in the literature, lead us to consider the following clinical implications:

2) It is likely that the metabolic changes observed in South Asians may be prevented by avoiding chronic over nutrition, thereby preventing its consequences (including adipocyte hypertrophy, abdominal adiposity, and ectopic fat deposition).

3) It is also likely that adipocyte cell size and metabolic risk factors in South Asians could be reduced by treating obesity and/or by shifting fat deposition from ectopic sites to subcutaneous depots using pharmacologic agents (i.e. PPAR gamma agonists).

These findings obviously also apply to those of South Asian descent living in countries like Canada, where specific measurement and treatment guidelines may need to address the specific needs of this important visible minority.

p.s. I’d like to personally thank the many participants in this trial, who volunteered their time and subjected themselves to a daunting battery of tests, including fat and muscle biopsies.