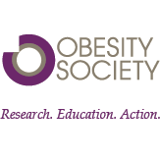 Last week, just as the CON-Students and New Professionals were hosting a passionate debate on the dangers and merits of corporate engagement (moderated by Diane Finegood and featuring Yoni Freedhoff and Kim Raine in the con-corner vs. Michael Lyon and Richard Ellis in the pro-corner) at the 3rd Canadian Obesity Summit in Vancouver, The Obesity Society (TOS) released its guidelines for accepting funding which turn out to be remarkably similar to those of the Canadian Obesity Network.

“..expressly eliminates all forms of evaluation or judgment of the funding source (other than the stipulation that funding is reasonably assumed not to be derived from activities deemed ‘illegal’).”

Rather than deeming any source of funding as “off-limits”,

“TOS chooses instead to focus its ethical mission on transparency in disclosing the sources of funding, clear stipulations outlining our commitment to the ethical use of funds, and a commitment to non-influence of the funding sources over the scientific aspects of funded projects and TOS as a whole.”

– The donor desires to provide financial support to TOS to further our mission to fight obesity and improve public health.

– The donor agrees that the projects that they support will bear the donor name (e.g. corporate entity, foundation etc) only and not specific products or services.

– The donor agrees that they will have no authority to direct or influence the scientific aspects of research or other projects.

– The donor agrees that the relationship with TOS can in no way be used to imply that TOS endorses the donor or any of its products, services, or mission(s).

– Donors are encouraged to make unrestricted contributions; however, they are permitted to make contributions restricted to a specific purpose, so long as that purpose is consistent with the mission of TOS and does not violate any aspect of the TOS funding policy.

It is further stipulated that:

Funds will only be accepted to do those activities for which TOS is constituted (see Laws and Bylaws).

Funds will not be accepted if they:

i. Set condition(s) above the inferences to be drawn from research or other activities by members of TOS.
ii. Set any conditions about the views to be presented in any TOS forum (including the views of non TOS members).
iii. Restrict the dissemination of any information about or from any TOS activity.
iv. Restrict acceptance of funding from other sources.
v. Entail any obligation to support in any way the goals of the donor, except for those goals that are mutual with TOS for the specific activity funded.
vi. Could, through other kinds of coercion, result in conditions i – v above.

Interestingly enough, the “debate” at the Canadian Obesity Summit last week, based on anonymous polling of the audience, revealed that only a small minority (7%) of attendees would categorically deny industry any place at the table. The majority (88%) stated that they would welcome industry engagement with the majority of these (57%) supporting the acceptance of financial contributions without (39%) or even with (18%) co-branding.

This is not to say that the participants did not acknowledge the potential negative perceptions of accepting such funding – however, as with TOS, this perception can best be managed by complete transparency and ensuring that the activities and programs of the Canadian Obesity Network meet the highest scientific standards.

I agree that “perceived” conflicts are best dealt with through full disclosure, which was why all symposia and workshops hosted by commercial and non-commercial “third parties” were clearly identified as such.

Indeed, I would be quite surprised should the evaluations of the Summit reveal anything but the complete absence of commercial bias in the main “scientific program”.