Home » blog » Sitting Around May Kill You

Sitting Around May Kill You 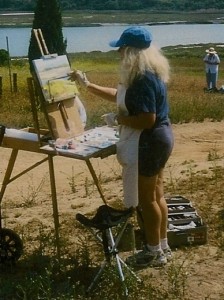 But matters may be worse, because even for people who exercise regularly, sitting around most of the day may still be an important risk factor for dying of heart problems.

This important impact of sitting around (especially during leisure time) on cardiovascular mortality is reported in a paper by Alpa Patel from the American Cancer Foundation and colleagues just published in the American Journal of Epidemiology.

The researchers analysed data from a large prospective study of US adults enrolled by the American Cancer Society that included 53,440 men and 69,776 women who were disease free at enrollment.

After adjustment for smoking, body mass index, and other factors, time spent sitting (more than 6 vs. less than 3 hours/day) was associated with a 34% mortality risk in women and a 17% higher risk in men of dying during the 14-year observation period.

When both sitting for more than 6 hours/day and low physical activity were combined, mortality risk was around two-fold higher in both men and women compared to those with the least time sitting and the most activity.

The fact that time spent sitting was independently associated with total mortality, regardless of physical activity level, suggests that it is not enough to simply be active, but to also reduce leisure time spent sitting.

The study, obviously does not reveal what it is about sitting that increases risk. One aspect could be that simply standing is in fact a mild form of exercise. Not only, does standing stimulate the cardiovascular system to maintain blood pressure, but standing is also a form of resistance exercise – after all in order to stand, your muscles have to bear and support the entire weight of your body.

Thus, simply standing (rather than sitting or lying down) may provide an important positive stimulus to both the cardiovascular and musculoskeletal system that may well translate into lower risk.

Clearly, if exercise is not your thing, at least look for a job or hobby that keeps you on your feet.