Home » blog » Why Hungry Men Live On The Edge

Why Hungry Men Live On The Edge 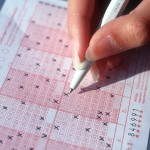 In the days when fast food referred to food on four legs that you had to chase after, feeding yourself and your family was not without risk. Thus, being wiling and able to take risk, must clearly have been of an advantage, especially if you were hungry.

It turns out that hunger actually does influence people’s decision making as far as taking risks is concerned.

At least, this is the finding of a fascinating study by Mikael Symmonds and colleagues from the University College London, UK, published in the latest issue of PLoS One

Based on the hypothesis that animals’ attitudes to risk may well be influenced by metabolic state (hunger and baseline energy stores), in that animals are more likely to express a preference for risky (more variable) food sources when below a metabolic reference point (hungry), and safe (less variable) food sources when sated, they decided to expose trial participants (19 healthy young men) to a series of controlled feeding experiments during which they were asked to make risky decisions by participating in a lottery game.

Specifically, the researchers hypothesised that baseline metabolic reserves and alterations in metabolic state would systematically modulate decision-making and financial risk-taking in their study participants.

Metabolic state significantly affected choice, with a significant fall in risk-aversion immediately after eating. In addition, the immediate impact of nutrient intake on risky choice showed a dependence upon baseline indices of body mass index (BMI), percentage body fat and circulating leptin concentrations. Higher baseline leptin (a marker of energy stores) correlated with an increase in riskier choices (i.e. a greater fall in risk-aversion) immediately after eating compared to the fasted state.

Furthermore, there was a significant positive relationship between the levels of the hunger hormone ghrelin and risk-taking behaviours.

Not surprisingly, the authors suggest that these findings provide profound insights into a wide range of human behaviour from eating disorders to obesity.

Not only will hungry (and skinny?) people take more risks but they are also likely to be far more impulsive than in the sated state. In fact, the studies suggest that thinner people (lower leptin levels) may be generally more prone to risky behaviours than people with higher body fat (higher leptin levels). But weight loss (as in dieting) may also make people more prone to taking risks.

Similarly, hungry people are likely to take more risks with their food choices (i.e. go for the crap) than people who are less hungry.

If nothing else, this study has important implications for Casino owners: feel free to ply your customers with alcohol but go easy on the food.

On that note – HAPPY CANADA DAY everyone!