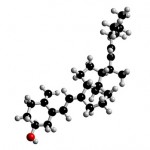 Earlier this week, I visited Drs. Jeffery Genaw and Arthur Carlin, bariatric surgeons, at the Henry Ford Hospital in Detroit, MI. I would not only like to thank them for their great hospitality and allowing us to see their new bariatric surgical unit but would also like to take the time to highlight a piece of recent research done by Carlin and colleagues, just published in SOARD.

As some readers of this blog may be aware, vitamin D (VidtD) depletion is a common finding (up to 60%) in patients with morbid obesity presenting for surgery. Currently, despite recommended daily supplementation with 800 IU VitD and 1500 mg calcium after Roux-en-Y gastric bypass (RYGB), VitD depletion persists in almost one half (44%) of patients.

Carlin and colleagues now performed a randomized controlled study in 60 VitD-depleted morbidly obese women who were given conventional supplementation or an additional 50,000 IU of VitD weekly after RYGB.

At 1 year after RYGB, only 14% in the high-dose VitD group showed VitD depletion compared to 85% in the regular dose group. The high-dose group also showed a significant 33% retardation in hip bone mineral density decline and a significantly greater resolution of hypertension (75% versus 32%).

No significant adverse effects were encountered from pharmacologic VitD therapy.

The authors conclude that 50,000 IU of VitD weekly after RYGB safely corrects VitD depletion in most women, attenuates cortical bone loss, and improves resolution of hypertension.

I am particularly intrigued by the observation that high-dose VitD improved hypertension, as failure of hypertension resolution after bypass surgery has been a puzzling finding of the SOS trial. Perhaps VitD status is the answer? Certainly an observation that warrants further study.