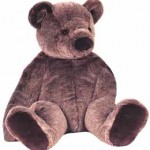 It’s sad but true – the number of kids requiring surgery for severe obesity is alarmingly on the rise and this once rare and drastic treatment is now often the only viable option.

But how safe is obesity surgery in kids and what are the outcomes?

This question was now addressed by Jonathan Tradwell and colleagues from the Evidence-Based Practice Center and Health Technology Assessment Information Service, Plymouth Meeting, PA, who performed a systematic review and meta-analysis of bariatric surgery for pediatric obesity just published in the Annals of Sugery.

Based on a systematic search of MEDLINE, EMBASE, 13 other databases, and article bibliographies to identify relevant evidence for studies reporting outcome data for three or more patients younger than 21 years of age or representing more than 50% of pediatric patients enrolled at that center with a minimum 1-year follow-up for weight and body mass index (BMI), the authors identified 8 studies of laparoscopic adjustable gastric banding (LAGB) reporting data on 352 patients (mean BMI 45.8), 6 studies of Roux-en-Y gastric bypass (RYGB) including 131 patients (mean BMI 51.8), and 5 studies of other surgical procedures including 158 patients (mean BMI 48.8). Average patient age was 16.8 years (range, 9-21).

Meta-analyses of BMI reductions at longest follow-up indicated sustained and clinically significant BMI reductions for both LAGB and RYGB patients. Comorbidity resolution was sparsely reported, but surgery did appear to resolve some medical conditions including diabetes and hypertension.

The authors conclude that Bariatric surgery in pediatric patients results in sustained and clinically significant weight loss, but also has the potential for serious complications.

Based on these data, I would guess that for most pediatric patients, LABG may be the best option – but no matter which operation is used, indications have to be tight and surgery on this vulnerable and special population is perhaps best left to the most experienced and specialized centres.