Home » blog » Psychological Assessment and Management of Bariatric Surgical Patients: What and Why?

Psychological Assessment and Management of Bariatric Surgical Patients: What and Why? 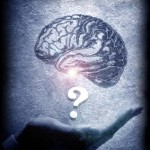 But what exactly should be assessed, how important is mental health as a predictor of outcomes and what is the risk for exacerbation of mental health problems after surgery (remember: bariatric surgery has been reported to substantially increase the risk of suicides and accidental deaths).

These questions are now addressed in a review paper by Charles Pull from the Centre de Recherche Public de la Santé, Luxembourg, just published in Current Opinions in Psychiatry.

According to Pull’s review, although the value of psychopathological factors for predicting weight loss and mental health after surgery remains controversial, the presence of psychopathology should be taken into account both in the presurgical and postsurgical management of patients undergoing bariatric surgery.

Not only is morbid obesity associated with higher rates of psychopathology, including depression, anxiety, eating disorders, abnormal personality traits and personality disorders, there is also clear evidence for poorer postsurgery outcome in individuals with significant presurgery psychopathology (although mental health may improve in a significant number of patients after surgery).

There is a clear need for more substantial information with regard to reliable psychological predictors of weight loss and mental health after surgery.

Importantly, Pull concludes, “whatever the predictive value of psychopathology prior to surgery, it is essential to detect patients in need of psychiatric and/or psychological support after surgery”.