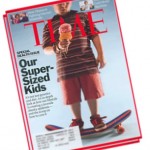 Not that this study should come as a surprise – indeed, regular readers of this blog will be well aware of the link between excess weight and bone and joint problems.

Perhaps, what is surprising about this study is that it comes from The Netherlands, one of the leanest countries in Europe, which is a obviously also starting to have obesity problems of its own.

In this study, just published in the Annals of Family Medicine, Marjolein Krul and colleagues from the University of Rotterdam, compared the frequency of musculoskeletal problems in overweight and obese children with that in normal-weight children in a cross-sectional database and face-to-face interview study that included 2,459 children aged 2 to 17 years from Dutch family practices.

Overweight and obese children in both age-groups (2 to 11 years and 12 to 17 years) reported significantly more musculoskeletal problems (OR = 1.86 and OR = 1.69, respectively) than normal-weight children.

Overweight and obese children aged 12 to 17 years were also twice as likely to consult their family physicians with lower extremity problems than normal-weight children.

So much for the notion that “chubbiness” in childhood is something that is cute and just a sign of a “healthy” appetite.

What can the poor kids do?

More often than not, excess weight is a problem that affects more than one member in the family and may well require family-based interventions. Simply telling the overweight kid to exercise more (especially with already existing musculoskeletal problems) is probably not the solution.