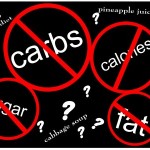 It is estimated that at any given time, as many as a third of people with overweight and obesity are on a restrictive diet (in addition to an unknown number of normal weight people, who follow diets in the hope that they are healthier and may prevent weight gain).

As most of the popular diets consist of restricting overall caloric intake (despite often misleading claims to the contrary) and amounts of certain foods, the question arises whether or not there may be any potential drawbacks to being on such diets.

This question is of particular importance as many people with overweight and obesity often have nutrient deficiencies to start with – a situation that can potentially become worse as total food consumption decreases.

In a paper published online in the Journal of the International Society of Sports Nutrition, Jayson Calton, from North Venice, FL, who holds a PhD in holistic medicine, examines the potential of micronutrient deficiencies with popular diet plans.

Micronutrients include vitamins and minerals, crucial nutrients that are required in very low concentrations but are essential for maintaining proper health.

According to Calton’s analysis, none of these four popular diet plans provided minimum RDI sufficiency for all 27 micronutrients analyzed.

In fact, the four diet plans, which provided an average daily caloric intake of around 1750 KCal/day, were found to be RDI sufficient in only 12% of the 27 micronutrients examined.

Further analysis of the four diets found that an average calorie intake of 27,000 calories of these diet would be needed to achieve sufficiency in all 27 micronutrients.

When these six micronutrients were removed from the sufficiency requirement one would still have to eat an about 3500 calories of these diets every day to reach 100% sufficiency in the remaining 21 micronutrients.

“These findings are significant and indicate that an individual following a popular diet plan as suggested, with food alone, has a high likelihood of becoming micronutrient deficient“

It may thus be not such a bad thing that the vast majority of people fail to stick with such diets over any significant periods of time after all.

Those who do, may likely benefit from taking additional micronutrient supplements while on these diets.