Picture Perfect At Every Size 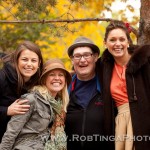 This week, while I am attending Obesity 2011, the 29th Scientific Meeting of The Obesity Society here in Orlando, back home, the Canadian Obesity Network is busy conducting a photo shoot with the goal to create a library of images of people with obesity that can be used by the media and others reporting on this issue.

As readers will recall, I have previously commented on the fact that ‘obese people have heads too‘ – a fact that could easily be missed given the usual depiction of headless fat people in the media. Together with the usual images of these anonymous torsos sitting on couches and eating chips, this typical depiction of obesity not only serves to reinforce the stereotypical image of the gluttonous and slothful obese person but is in fact simply wrong in that it does not show the true face of obesity (no pun intended).

As outlined in the “Guidelines for the Portrayal of Obese Persons in the Media” developed by the Rudd Center for Food Policy and Obesity at Yale University and The Obesity Society (TOS):

When selecting an image, video, or photograph of an obese person, consider the following questions:

1. Does the image imply or reinforce negative stereotypes?

2. Does the image portray an obese person in a respectful manner? Is the individual’s dignity maintained?

3. What are the alternatives? Can another photo or image convey the same message and eliminate possible bias?

4. What is the news value of the particular image?

6. Is there any missing information from the photograph?

7. What are the possible consequences of publishing the image?

Media aside, I think these guidelines should be considered by anyone given a talk on obesity that involves the use of media (slides, videos, etc.).

Unfortunately, as I know all too well, it is not easy to find such images.

For more details and examples of some of the shots, head over to a post by DR EyeCandy, who co-ordinate this shoot for the Network.

Thanks to everyone involved – it looks like you had a great time for a great cause.