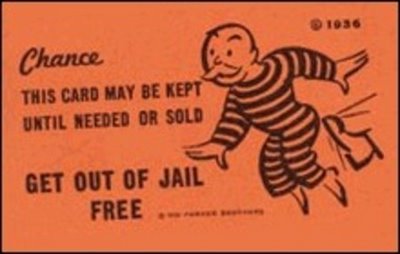 One of the common misconceptions around the obesity epidemic is that obese kids have lifestyles that are so much worse than those of their non-obese peers.

This assumption, as noted in a recent post, was not really borne out by the findings in the Canadian Health Measures Survey, which did not find marked differences in physical activity between overweight and lean kids (at least not when corrected for the increased effort it takes to move larger bodies).

Indeed, the survey showed that virtually ALL Canadians (young and old, lean and overweight, male and female) do not get even the rather modest amounts of recommended physical activity a day.

So if overweight kids are not moving less (nor, as I suspect, are eating more), then why are some kids overweight and others are not?

If the environmental effects are pretty much the same for everyone, why do we even have lean and obese kids?

This question was addressed by Andreas Beyerlein and colleagues from the Ludwig-Maximilians University of Munich, Germany, in a study just publshed in PLoS One.

The researchers analysed data on over 7,000 3-10 year-old and almost 6,000 11-17 year-old children from a representative cross-sectional German health survey conducted between 2003 and 2006 to look at the impact of maternal BMI, maternal smoking in pregnancy, low parental socioeconomic status, exclusive formula-feeding, and high TV viewing time on BMI.

It turns out that in both age groups, the estimated effects of all risk factors (except formula-feeding) on BMI were greatest for children with the highest BMI. Thus, for example, increased time spent watching TV was associated with a much greater impact on BMI in the overweight and obese kids than in the normal weight kids.

Or as the researchers point out:

“…risk factors for childhood overweight are associated with greater shifts in the upper parts of the children’s BMI distribution than in the middle and lower parts.”

In other words, it is not that lean kids don’t also watch a lot of TV or have mothers who smoked during pregnancy – it is just that kids at the higher end of the BMI distribution appear far more sensitive to these factors than their leaner counterparts.

By way of explanation, the authors suggest:

“…genetic variants with a possibly increased susceptibility of carriers to certain risk factors might offer an explanation for differences in the effect magnitude of risk factors by BMI percentiles”.

Thus, kids who are genetically predisposed to obesity are far more likely to pack on the pounds when spending hours in front of the TV than kids who are genetically less obesity prone. The same could probably be said for overeating or any of the other environmental drivers of obesity, which have much greater effects in terms of promoting weight gain in some kids than in others.

From a prevention and treatment perspective, this means that overweight and obese kids will have to work much harder at changing their lifestyles or avoiding obesogenic stimuli than thin kids, who can “luckily” get away with their similarly “lazy and gluttonous” lifestyles.

Readers will see how this relates back to the whole topic of weight-bias and discrimination, where we so easily fall into the mode of blaming obesity largely on unhealthy lifestyles and will power, when thin people may just turn out to be genetically more fortunate.

What this means for obesity prone kids is that they may not be able to eat as much ice cream or spend as much time in front of their TVs and computers as their skinny friends – but then again, who said life had to be fair?

This should of course not be used as an excuse to do nothing but rather seen as a good reason to fully appreciate and empathize with kids who carry extra weight – some will need to work very hard at controlling their weight – others seem to have simply drawn the “get out of jail free” card.