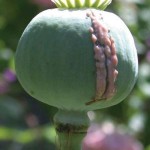 The latter system is also involved in other hedonic behaviours ranging from alcohol and recreational drug use to other “pleasurable” activities like sex, shopping, or gambling, all of which can manifest themselves as addictions.

It may therefore not be surprising, that Caroline Davis and colleagues from York University, Toronto, in a paper just published in the International Journal of Obesity, report that a common genetic variant of the mu1 opiate receptor is associated with increased preference for sweets and fatty foods.

The researchers studied the relationship between variants of the OPRM1 gene and measures of food preferences and eating behaviours in 300 healthy adult men and women recruited from the community.

Individuals with the G/G genotype of the functional A118G marker of the OPRM1 gene reported higher preferences for sweet and fatty foods compared with the other two groups. These food preferences were clearly related to all measures of overeating, which in turn accounted for a substantial proportion of the variance in BMI.

Thus, the authors conclude that some of the diversity in the preference for highly palatable foods can be explained by genotypic differences in the regulation of mu opioid receptors that play a key role in the appetite and reward system (in addition, these receptors may also have a role in regulating the homeostatic system).

I wonder how many of my readers would suspect that they may have this genetic variant of the opiate receptor gene and, if they do, I’d love to hear how they cope with passing up the sweets.