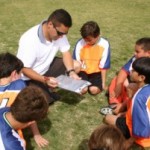 Obesity Myth #5 in the New England Journal of Medicine paper on myths, presumptions and facts about obesity, deals with the common assumption that reintroduction of physical-education classes may go a long way in preventing or reducing childhood obesity.

While physical education and increased physical activity (both in and outside school) may have all kinds of benefits for kids, reducing obesity rates may not be one of them.

“Physical education, as typically provided, has not been shown to reduce or prevent obesity.”

They base this position on the fact that,

“…in three studies that focused on expanded time in physical education indicated that even though there was an increase in the number of days children attended physical-education classes, the effects on body-mass index (BMI) were inconsistent across sexes and age groups.”

“Two meta-analyses showed that even specialized school-based programs that promoted physical activity were ineffective in reducing BMI or the incidence or prevalence of obesity.”

This finding may not be surprising. Regular readers will be well aware that physical activity is not the most effective strategy to lose or even control your weight – this certainly also applies to kids.

While there may well be a level of physical activity that would be effective in reducing or preventing obesity, such a level may not be achievable in conventional school settings (if it is, than this has yet to be demonstrated).

Interestingly enough, there is some data to even suggest that schools with strong varsity programs may in fact reduce physical activity levels in the average student at such schools.

None of this should dampen our enthusiasm to promote physical activity or physical education in schools – there are enough benefits of activity irrespective of whether or not such activity has any impact on body weight.

Rather, this myth should perhaps only serve as a reminder that bringing conventional phys-ed back into schools is unlikely to significantly reduce childhood obesity rates in the foreseeable future.