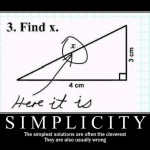 On day 4 of the 2nd International School on Obesity Research and Management (ISORAM), the presentations focussed on the nuts and bolts of bariatric care.

The day was kicked off with a presentation by David Urbach (Toronto) presenting an overview of economic considerations in providing appropriate bariatric care. As he pointed out, despite the fact that such analyses, necessarily, are based on a number of assumptions and may turn out different depending on the perspective (e.g. patients, health care systems, societies), most analyses strongly favour the cost-effectiveness of bariatric surgery – especially for patients with obesity related health problems like diabetes.

However, as pointed out by Scott Gmora (McMaster), the ‘elephant’ in the room, often ignored or glossed over, is the issue of the many unintended clinical outcomes that can occur following bariatric surgery. His talk focused especially on the issue of post-surgical inadequate weight loss and/or weight regain, which may occur in over 20% of all surgical patients. As he pointed out, even this number may be a gross underestimate of ‘failure’ rates, as there is very little data on long-term outcomes, as the vast majority of surgical studies routinely losing 30-40% of patients to follow-up even after just a couple of years. Thus, no one really know how high these ‘failure’ rates may be. On the other hand, there is also no clear definition of ‘failure’ – thus, for e.g. a patient with diabetes, who after surgery loses only 5% of his body weight but experiences a marked improvement in his diabetes, may be considered a ‘failure’ if the focus is on weight loss but would clearly be a ‘success’ if the outcome measure is diabetes control. Given this lack of standardisation in defining outcomes and the general lack of follow-up of surgical patients, Gmora presented a framework for systematically assessing factors related to weight recidivism (pre-operative, intra-operative and post-operative).

Raj Padwal (University of Alberta) discussed the evidence for and possible utility of the Edmonton Obesity Staging System (EOSS) and why it is high time that obesity staging be incorporated into the overall estimation of obesity-related risk and eligibility for treatments.

Sean Wharton (Burlington, ON), described his experience with a model of a publicly funded bariatric service in the community, which can provide significant weight management interventions to a high volume of patients by making adequate use of a multidisciplinary team including dieticians, bariatric educators, exercise specialists, psychologists and physicians.

Bonnie MacKinnon (Sudbury, Ontario), described the challenges of setting up a bariatric regional assessment and treatment centre as part of the Ontario Bariatric Network. Patients are referred to the centre through a central process. Setting up this centre to serve North Eastern Ontario, which covers 400,000 sq km and has a culturally diverse population of 570,000, including 25% of Francophone and 10% Aboriginal, provided significant learnings. Building relationships with the community, media, host hospital and community hospitals were instrumental in establishing a successful clinic. Futures goals for the Sudbury RATC include continued outreach to clinicians and patients in the region offering support and education in bariatric surgical care and implementation of a non-surgical obesity program.

Additional talks included a presentation by Daniel Birch (University of Alberta) on surgical outcomes in a publicly funded health care system, a talk by Keith Brewster (Kelowna, BC) on the establishing a LABG program in a community setting, a review of nutritional aspects of bariatric management by Jacqueline Jaques (Irvine, FL), and my take on the importance of exploring the whys of obesity rather than just the whats.