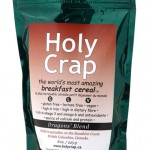 Day 2 of the 2nd International School on Obesity Research and Management (ISORAM) was kicked off by Bill Colmers (Edmonton), who provided a succinct review of the neurohormonal regulation of energy homeostasis and its importance for survival. While there was no evolutionary pressure to not exceed the minimum needs, biology favoured the ability to opportunistically store excess energy and defend body weight. While the former is the job of the hedonic system (thus, promoting weight gain), the latter is the job of the homeostatic system (thus, promoting weight regain).

Andres Thalheimer (Wuerzburg, Germany) discusses how olfactory sense and taste may change following bariatric surgery. While anecdotally, patients undergoing surgery often report changes in appetite and response to food stimuli, whether or not these changes are accompanied by changes in gustation or olfaction are less clear. In their own studies, they found a slightly lower olfaction threshold in patients following sleeve gastrectomy but not following Roux-en-Y gastric bypass. However, these preliminary data are far from conclusive and there is a need for significantly more work in this area.

Christian Jurowich (Wuerzburg) presented novel findings on changes in intestinal glucose transport in animal models of bariatric surgery in diabetic rodents. His work focussed on the Na+-D-glucose Cotransporter SGLT1, a pivotal mechanism for intestinal glucose absorption and glucose-dependent incretin secretion and shows how adaptation of this transporter may affect glucose transport and incretin secretion post surgery.

Michael Lyon (Vancouver) reviewed the many biological functions of dietary fibre on a wide range of health conditions ranging from ischemic heart disease, stroke atherosclerosis, type 2 diabetes, overweight and obesity, insulin resistance, hypertension, dyslipidemia, as well as gastrointestinal disorders such as diverticulosis, irritable bowel disease, colon cancer, and cholelithiasis. The physiological effects of fiber relate to the physical properties of volume, viscosity and water holding capacity that the fiber imparts to food leading to important influences over the energy density of food. Beyond these physical properties, fiber directly impacts a complex array of microbiological, biochemical and neurohormonal effects directly through modification of the kinetics of digestion and through its metabolism into constituents such as short chain fatty acids which are both energy substrates and important enteroendocrine ligands. Of particular interest to clinicians is the important role dietary fiber plays in glucoregulation, appetite, and satiety.

Other talks on day 2 of ISORAM included a session on the psychosocial aspects of bariatric care, including a talk by Birgit Wagner (Leipzig) on the complex issue of suicidality, depression, and anxiety disorder particularly in adolescents with severe obesity, a discussion of the many psychological and social issues relevant to the management of childhood obesity and family interventions, and a talk by Almut Rudolph (Lepizig) on the need for pre and post-surgical psychosocial support and interventions in patients undergoing bariatric surgery.

Another talk deserving special mention was a presentation by Tina Ullrich (Edmonton/Leipzig) on some of the mechanisms involved in the development of endothelial dysfunction in childhood obesity – a topic of interest given the early impact that obesity can have on cardiovascular function, thus setting the stage for future complications.