Is Bariatric Surgery Riskier and Less Beneficial in Men? 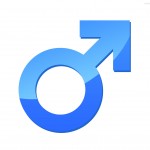 Regular readers of these pages will recall the recent article series on the pros and cons of bariatric surgery.

As I pointed out, this is a rapidly evolving field of medicine and new data is now accumulating at an unprecedented pace.

Yesterday, JAMA released a new study in which Matthew Maciejewski and colleagues report the results of a large retrospective propensity-matched case-control analysis of patients who underwent Roux-en-Y bariatric surgery at Veteran Administration (VA) centres across the US.

This study is remarkably different from previously reported bariatric surgical studies in that it involves a predominantly male (74%), older (mean age 49 years – if you consider that old?!?), heavier (>30 had a BMI > 50), and sicker patients.

Overall, the study shows that over an almost seven-year follow-up, bariatric surgery compared to usual care, did not significantly reduce the mortality risk of these older, severely obese high-risk men.

These results contrast strongly with the consistently positive outcomes that have now been reported in younger, healthier, and predominantly female populations.

Thus, contrary to expectations, where greater benefits are generally expected with greater disease burden, this study does not support the use of roux-en-y bariatric surgery in older severely obese men.

The authors attribute this lack of positive effect of surgery in part to the rather high surgical risk of these patients. In fact, 11 of the 847 (1.3%) cases died within 30 days of surgery, a rate that is four times that reported in lower risk populations.

As this surprisingly high perioperative mortality essentially cancels out any potential survival benefit, the authors suggest that lower-risk procedures like adjustable gastric banding or sleeve gastrectomies, which have considerably lower perioperative risk than Roux-en-Y gastric bypass, may need to be considered in these patients.

However, the authors also note that reduction in comorbidities, medication use, and over all costs, were not significantly reduced in these patients – a finding for which they offer no ready explanation.

These findings, that follow closely on previous week’s post on the paucity of obesity studies in men, highlight that it may be wrong to simply expect men to have the same benefits of bariatric surgery commonly reported in women.

While the authors caution that roux-en-y bariatric surgery may confer no survival benefit in older and sicker severely obese men, performing such surgery may still be an option as the associated weight loss at least results in an improved quality of life for these individuals.

Clearly, as outlined in my recent series, bariatric surgery is not for everyone and should always involve a careful discussion of risk/benefit ratio – apparently not just in women.