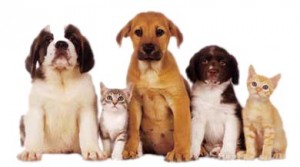 If anyone is concerned about humans getting fatter – let us not forget our household pets.

Thus, according to a report published in the official journal of the British Veterinary Association, a survey of 1000 dogs attending as outpatients in a veterinary clinic found 28% (or 1 in 3) to be obese.

Dogs getting table scraps or other home-prepared food as the main part of their diet showed a higher incidence of obesity than those fed on canned dog meat.

Of note, the owners of 31% of the dogs classified as obese considered their dogs to be of normal weight.

Now, for any reader, who wonders what is remarkable about any of these findings – here is the surprising little detail: this paper was published in 1971!

Indeed, it is the first paper in a series of coming posts on obesity research that was published almost 5 decades ago but could have well been published last week.

It is surprising how little has changed.