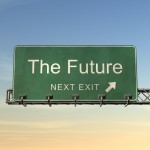 On this day, a year ago, I predicted that the 2nd Canadian National Obesity Summit would be a spectacular success – it was (judging by the feedback from the over 800 attendees).

I ventured to hope that the 1st National Summit on Weight Bias and Discrimination would spark a lot of interest in this topic – it did (judging by over 40 million media impressions).

I suggested that more attention would be payed to the importance of mental health as a driver of the obesity epidemic – someone listened – in 2012, the Canadian Obesity Network together with the International Association for the Study of Obesity will host its 1st Hot Topic Conference on Obesity & Mental Health (Toronto, June 26-28, 2012).

Last year, at the Obesity Network we were also enthusiastic about the possibility of receiving federal funding to launch the Canadian Obesity Awareness and Control initiative for Health (COACH) – we didn’t.

Nevertheless, as far as I can tell, 2012 will continue to be exciting for anyone interested in obesity:

As more and more provinces realise that obesity is not going anywhere and we may as well get serious about treating it, I expect to see other provinces (following in the footsteps of Alberta, Ontario, and Quebec) to begin ramping up efforts to provide obesity treatments to their populations.

On the prevention side, I expect the public health authorities to begin discussing and addressing some of the less obvious causes of obesity (stress, lack of time, lack of sleep, lack of home cooking skills, etc.), rather than simply repeating their standard messages about the anti-obesity benefits of ‘healthy eating – active living’ (the public health equivalent of ‘Eat Less – Move More’).

For the Canadian Obesity Network I see continued growth (soon to hit 7,000 members). Without government funding, sustaining the network will provide interesting opportunities – especially in striking new partnerships and exploring new revenue streams to continue its work – which is certainly as important and relevant as it ever was.

To my readers – I look forward to all of your comments and ideas that reflect an amazing breadth of opinions and insights – it always makes for interesting reading – it is fair to say that I probably learn the most from this exercise.