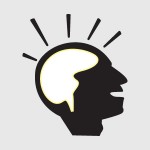 At the beginning of 2010, I made a few educated guesses about what the year would bring for obesity.

For one, I predicted that 2010 would see an increasing interest from health professionals in obesity management. This was certainly the case, judging by the rather rapid growth of the Canadian Obesity Network in 2010 – to now over 5000 members. If abstract submission and preliminary registration is any indication, we will likely welcome more than 1000 attendees to the 2nd National Obesity Summit in Montreal later this year (April 28-May1).

I also predicted that we would hear a lot more about weight-bias and discrimination. This topic was certainly picked up by some of the media in 2010 and this month, the Canadian Obesity Network is partnering with PREVNet and other organisations to hold a National Council on Weight Bias and Discrimination in Toronto (January 17).

Finally, I predicted that 2010 would see a greater recognition of the close link between obesity and mental health problems. This notion was certainly supported by the “standing-room-only” interest in the Canadian Obesity Network’s “Bariatric Psychiatry” workshop held at the Annual Meeting of the Canadian Psychiatry Association in Toronto and the subsequent launch of the first CON-AdvancingIn Obesity CME module on obesity and depression.

For 2011, I have not doubt that the Network will continue to grow and broaden its base of stakeholders. I am also very much looking forward to the launch of a new Canadian Obesity Awareness and Control initiative for Health (COACH) by the Canadian Obesity Network, which will directly address the needs of the millions of Canadians struggling with excess weight.

Looking forward to an exciting and rewarding 2011,