Do Fitness Tax Credits Only Make The Rich Richer? 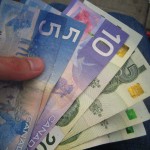 The paper looks at the uptake and effectiveness of the Children’s Fitness Tax Credit (CFTC) on Canadians. This tax credit was introduced by the Government of Canada in 2007 and allows a non-refundable tax credit of up to $500 to register a child in an eligible physical activity program.

A basic assumption of such tax rebates is of course, that they will help alleviate economic barriers that inhibit participation in physical activity.

Among parents who had claimed the CFTC, only 16% believed it had actually increased their child’s participation in physical activity programs.

As Spence and colleagues discuss:

“It appears a tax credit such as the CFTC will only benefit those people who can afford to pay the costs of registration for a PA program and carry that burden through to the end of the tax year.”

These findings are in contrast to the Government of Canada’s objective that parents from “different circumstances” have equitable opportunity to benefit from the CFTC.

Basically, families at the lower end of the income continuum cannot afford the costs associated with organized PA and are less likely to be able to take advantage of a tax credit.

Therefore, if a tax credit is to be effective for all children, alternative solutions need to be sought for dealing with issues of inequity.”

Irrespective of what such a tax credit to increase physical activity will actually do for the obesity epidemic (the evidence is certainly not clear on this), this paper nicely illustrates how well-meant policies may often not have the intended effects for the population that needs it most.