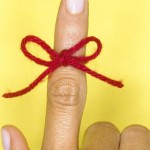 Earlier this year, I blogged about a study that linked obesity to brain atrophy. Specifically, that study reported that in individuals with a BMI > 30, atrophy was found in the frontal lobes, anterior cingulate gyrus, hippocampus, and thalamus compared with individuals with a normal BMI (18.5-25).

Now, a study by Wolfgang Lieb and colleagues from the Framingham Heart Study, just published in JAMA, suggests the opposite.

Admittedly, this study primarily looked at the relationship between plasma leptin levels and the incidence of dementia, based on findings from animal studies suggesting that leptin facilitates long-term potentiation and synaptic plasticity in the hippocampus, promotes β-amyloid clearance, and improves memory function in animal models of aging and Alzheimer disease (AD).

The researchers studied 785 persons from the Framingham original cohort including 198 dementia-free survivors, who also underwent volumetric brain MRI between 1999 and 2005, approximately 7.7 years after leptin was assayed.

During a median follow-up of 8.3 years higher leptin levels were associated with a markedly lower risk of incident dementia and AD as well as higher total cerebral brain volume and lower temporal horn volume.

Obviously, as one of the major determinants of leptin levels is body mass index, it is therefore not surprising that there was a significant difference in BMI between the lowest (BMI=24) and highest (BMI=32) leptin quartiles.

As with all studies of this nature, associations do not prove causality, so although the authors appear delighted that their findings support their hypothesis, I believe we are far off from recommending that people gain weight to increase their leptin levels to, in turn, lower their risk for dementia.