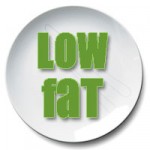 A couple of weeks ago, at the SCOPE Summer School, I had the pleasure of meeting and listening to Carel Le Roux, a bariatric physician from London’s Imperial College, on the many complex ways in which bariatric surgery appears to affect gut hormones and eating behaviour.

In his talk, he also presented the results of a fascinating study, that he recently published in the American Journal of Physiology.

Based on the observations, that I alluded to in yesterday’s post, namely, that bariatric surgery appears to very much change the appetite and food preferences of patients, Le Roux and colleagues examined how gastric bypass affects intake of and preference for high fat food in an experimental (rats) study and within a trial setting (humans).

Le Roux and colleagues noted that gastric bypass surgery in rats not only reduced total fat and caloric intake but, interestingly, increased their preference for standard low fat chow compared to more palatable high-fat chow (preferred by the sham-operated rats).

Thus, gastric bypass surgery in these rats evidently reduced their liking for (and in fact appeared to invoke an aversion to) high-fat chow, suggesting that changes in fat preference may contribute to long-term maintained weight loss after gastric bypass.

Interestingly, the authors also noted that their patients with successful gastric bypass surgery consumed considerably less fat in their diet than patients, who had undergone gastric banding.

Regular readers may recall my recent post on how complex neuronally mediated changes in the gut endocannabinoid system may make it difficult to eat just one French Fry. Similarly, the authors speculated that gut hormones like GLP-1, which appear to be consistently elevated following gastric bypass (but not gastric banding) may also have important effects on appetite and desire to eat highly-palatable energy dense foods.

Clearly, there is still much to be learnt about how exactly (different kinds of) bariatric surgery affect appetite and food intake – clearly the simplistic notion of ‘restriction’ and/or ‘malabsorbtion’ are just that – ‘simplistic’.