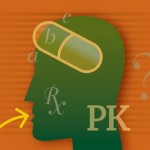 One of the concerns of undergoing gastric bypass surgery is the impact on gut absorption of essential nutrients.

Although, with modern gastric bypass surgery, the length of gut that is bypassed is rather limited (around 80-120 cms) and all known nutritional deficiencies are generally manageable with dietary monitoring and supplementation, the impact of this surgery on medications is less well known.

Thus, although most patients undergoing gastric bypass surgery will experience substantial improvement or even remission of many obesity related comorbidities, they may still require to take medications for conditions that persist, reoccur with subsequent weight regain, or are unrelated to excess weight in the first place.

This is also true for diabetes medications. While most patients can often discontinue their diabetes medications after gastric bypass surgery, this is not true for all patients and some, despite experiencing marked improvement in the first few years after surgery, may find diabetes creeping back (which is why it is fairer to use the term ‘remission’ rather than ‘cure’ in this context).

This means that there will always be patients who have undergone gastric bypass surgery who may require to continue on or restart their diabetes medications over time.

One of the most widely used oral medications for type 2 diabetes is metformin, a drug that activates the enzyme AMP-kinase and primarily acts by reducing sugar production in the liver (gluconeogensis). In addition, metformin has positive effects on insulin sensitivity, glucose uptake and fatty acid oxidation.

Unfortunately, however, metformin also has rather low bioavailability and slow, incomplete gastrointestinal absorption. It is therefore reasonable to assume that gastric bypass surgery may further limit the absorption of this drug.

We now tested this hypothesis in a study, the results of which were just published by Raj Padwal and colleagues (University of Alberta, Edmonton) in DIABETES CARE.

Compared with control subjects, gastric bypass subjects has a 20% increase in area-under-the-curve consistent with a 50% increase in bioavailability of metformin (41.8 vs. 27.8%).

Thus gastric bypass surgery, rather unexpectedly, increases metformin absorption, a finding which may have implications on dosing and risk for toxicity in such patients.

Limitations of the study include the use of a single dose and perhaps the fact that all patients were non-diabetic.

Nevertheless, our findings suggest that clinicians should be aware of this paradoxical increased bioavailability of metformin after gastric bypass surgery and may need to adjust doses and monitor patients accordingly.