Obesity Drugs at the ADA 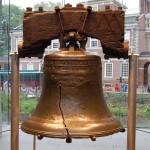 I am currently attending the 72th Scientific Meeting of the American Diabetes Association, here in Philadelphia, where, not surprisingly, obesity is a major topic.

While I presented data on the finding that the new phentermine/topiramate combination drug for obesity, currently awaiting approval from the FDA, has the same weight-loss efficacy, irrespective of obesity stage (about 10% at the highest dose for participants with EOSS Stage 1-3), I was also intrigued by the presentation of new findings from Zafgen, the maker of belonarib, a novel antiobesity drug with most interesting properties.

In fact, based on early randomised controlled double-blind Phase 1 trials, belonarib appears so effective, that the company is currently focussing on developing this compound specifically for the treatment of severe obesity.

Thus, according to the data presented at this meeting, based on the trials that were primarily designed to test safety, tolerability and efficacy of twice-weekly intravenously administered beloranib, the injection of belonarib in severely obese women over just a 25 day period resulted in a mean weight loss of about 4 kg, despite the fact that participans were allowed to eat normally and were not counseled to change their exercise habits. The trial enrolled 34 subjects of which 28 completed the study.

The most common adverse events were nausea, infusion site injury and headache. Most events were of mild/moderate intensity and tended to be self-limiting.

Beloranib, works through a novel mechanism that targets a methionine aminopeptidase 2 (MetAP2), a key enzyme that controls the production and utilization of fatty acids. In animal studies, inhibitors of MetAP2 reduce the production of new fatty acid molecules by the liver and help to mobilised fat stores.

Currently, Zafgen hopes to develoep beloranib as a twice-weekly subcutaneous injection for the treatment of patients with severe obesity.

Certainly, a most interesting mode of action and results, which of course now need to be documented in longer-term studies.

Disclaimer: I have served as a paid consultant to Vivus and Zafgen, the makers of the compounds discussed in this post.