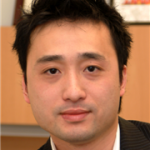 Last week I visited the University of Toronto to present city-wide rounds to the division of Gastroenterology. I also happened to meet with Tony Lam, a bright young basic researcher, who studies how intestinal nutrient-sensing mechanisms can potentially regulate glucose control.


I was most intrigued by his findings, published last year in NATURE, in which he provided substantial evidence in support of the hypothesis that exposure of the upper intestine to dietary lipids activates an intestine-brain-liver neural axis to regulate glucose homeostasis.

Thus, in rodents, direct administration of lipids into the upper intestine suppressed hepatic glucose production, an effect that could be abolished by co-infusion of tetracaine (an anesthetic) or with subdiaphragmatic vagotomy or gut vagal deafferentation as well as hepatic vagotomy, thereby suggesting that the neural connection between the gut-brain-liver is essential for this response.

In subsequent studies, Lam has demonstrated that gut cholecystokinin (CCK) may be in part responsible for this inhibition of hepatic glucose production through a neuronal network and provides data to suggest that intestinal CCK resistance (as found in obese rodents) may contribute to hyperglycemia in response to high-fat feeding.

These findings are most intriguing for at least three reasons:

1) They point to a new pathway through which the gut via the brain controls glucose homeostasis.

2) Lipid ingestion (as in a high-fat diet) could play a key role in signaling to the brain that it is time to tell the liver to shut down glucose production – a mechanism that may be less effective in obesity.

3) These findings also relevant to the issue of how different types of bariatric surgery (e.g. bypassing the proximal small bowel as occurs in Roux-en-Y gastric bypass) could have different effects on glucose metabolism.