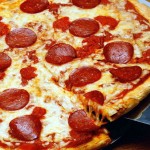 One of my favourite sayings to patients asking me about bariatric surgery is, “If you think surgery is a quick fix – don’t do it”.

That said, one of the consistent messages I hear from patients, who have undergone successful surgery, is about how it appears to affect their appetite, cravings and response to food.

This is particularly impressive, when you hear patients tell you how their previous obsession and desire to eat (many liken this to a addiction) before surgery, has been replaced with a surprising disinterest, not to say, indifference to foods that they previously found most tempting and rewarding.

This anecdotal report from post-surgical patients may well have a sound biological basis, according to a study by Christopher Ochner and colleagues from St. Luke’s Roosevelt Hospital, New York, NY, published in a recent issue of the Annals of Surgery.

Following surgery, there was a distinct decrease in the activation of key areas of the brain known to be involved in the mesolimbic reward pathways in response to high-caloric highly palatable food cues (pepperoni pizza, fudge sundae).

These changes in brain imaging were mirrored by the participant’s subjectively reduced desire to eat in response to these cues, suggesting that the surgery may have resulted in substantial changed in the neuronal response mechanisms to such cues.

Thus, this study provides further evidence that bariatric surgery owes its success to neuronal (and hormonal?) mechanisms that go beyond simplistic notions of ‘restriction’ or ‘malabsorbtion’.

Indeed, as the authors point out, these findings are in stark contrast to previous findings in patients losing similar amounts of weight without surgery, who regularly report an increase rather than a decrease in their appetite and desire for highly palatable foods.

Clearly, as the researchers conclude, elucidation of exactly how gastric bypass surgery affects the brain’s reward system, may point to novel pharmacological targets that could lead to new medications that may ultimately reduce (or completely abolish?) the need for obesity surgery.

I would certainly be curious to hear from my readers how, in their experience, bariatric surgery affected their (or their patients’) appetite and cravings for highly palatable foods.