Antipsychotic Medications and Weight Gain in Children and Adolescents 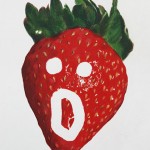 I have previously blogged about the unfortunate effect of atypical antipsychotics on body weight and on the possible strategies that may be effective in dealing with this important complication of psychiatric treatment.

As the number of children and adolescents diagnosed with and treated for psychiatric disorders continues to increase, the use of these medications in this population is of growing concern.

The extent to which atypical antipsychotic medications promote weight gain and increase cardiometabolic risk in children and adolescents was recently addressed by Christoph Correll and colleagues from the Zucker Hillside Hospital, Glen Oaks, NY, in a paper published in JAMA.

Treatment with aripiprazole, olanzapine, quetiapine, or risperidone for 12 weeks resulted in weight gain ranging between 8.5 kg with olanzapine (n = 45) and 4.4 kg with aripiprazole (n = 41). A small control group (that refused or were non-adherent with treatment) had no weight gain during the follow up period.

Olanzapine, quetiapine and risperidone adversely effected plasma lipids, while there were no changes in these parameters with aripiprazole or in the untreated controls.

This study not only highlights the clinically important effect of these antipsychotic compounds on body weight but also suggests that there may be important differences in the magnitude of these effects with different medications.

While these adverse effects should certainly not deter from the use of these compounds where absolutely indicated (given the considerable morbidity associated with severe psychiatric disorders), avoidance of weight gain remains an important challenge that needs to be addressed.