Obesity and Suicidality in Youth 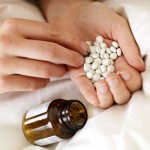 Regular readers of these pages will recall previous posts highlighting the importance of mental health problems as promoters of and barriers to weight management.

A paper by Lisa van Wijnen and colleagues from the National Institute for Public Health and Environment in Bilthoven, The Netherlands, published in the latest issue of OBESITY, examines the relationship between weight status, psychological health, suicidal thoughts and suicide attempts in Dutch adolescents.

Data were analysed from the 2003 E-MOVO project, a population-based study of 21,730 adolescents who responded to a classroom-based internet questionnaire.

Obese boys were around 5-times and obese girls were about 3-times more likely to be “psychologically unhealthy” compared to normal weight subjects.

As the authors point out, this remarkable relationship between obesity in adolescents and psychopathology, including suicidality, serves to remind us that prevention and treatment of obesity should not focus solely on the medical complications of this disorder but also on the psychological consequences of excess weight.