The following was first posted on November 18, 2008 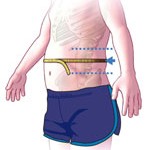