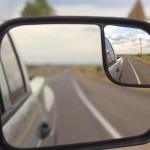 Last year, I began with a post on a few predictions of what I thought might happen with obesity in 2009.

I guess now is the time to look back and see what actually happened:

1) The economic downturn will not lead to lower obesity rates: As it turned out, the economic downturn (at least for most of us) wasn’t as bad as we thought it would be, so obviously, nothing dramatic happened with obesity rates, except that they simply kept steadily increasing, especially the rates for more severe obesity. This trend, irrespective of what happens with the economy, is likely to simply continue through 2010 (albeit at slower rates as obesity prevalence nears “saturation” in some Western countries like the US and Canada).

2) There will be more public health attempts at prevention: This prediction was actually a “no brainer” because I am sure that the last person is by now aware that there is an obesity epidemic out there. Unfortunately, as blogged on several occasions, there are no signs (with the exception of a few non-scalable examples) that prevention is actually working and as pointed out in the recent OECD/WHO report, there is little reason to believe that prevention measures, even if effective, will turn the epidemic around any time soon. So I guess we better get serious about finding and providing treatments that work.

3) Obesity will be increasingly recognised as a chronic condition: While even last year some folks seriously still debated whether or not excess weight can actually cause health problems, virtually anybody who has to deal with the issue has long realised that excess weight tends to always come back when the “treatment” stops, whether that “treatment” consists of behavioural, medical or even surgical interventions. At least here in Alberta obesity is now increasingly considered a chronic condition, and in fact as a condition that is in turn the root cause of a wide range of other chronic health problems.

4) There will be an exponential growth in demand for bariatric surgery: No surprise here. With increasing awareness of the remarkable success and reasonable safety of bariatric surgery, demand as expected continues to grow exponentially. As we pointed out in an article in CMAJ last year, demand in Canada currently exceeds availability by over 600 percent! Fortunately, both Ontario and Quebec last year announced considerable increases in funding for bariatric surgery but ramping up these services is proving to be a rather bumpy and winding road. No doubt, demand for surgery will continue to increase in 2010 and there is not even a small chance that the rather modest increase in availability will begin to make a noticeable dent in the prevalence of severe obesity any time soon.

5) The use of pharmacological treatment for obesity will remain modest: No surprise here either. The availability of safe and effective obesity medications continues to be limited – less than 1% of eligible patients are being medically treated for obesity, persistence rates are less than a few months, not exactly the right approach for managing a chronic condition. Several companies will be looking for licenses for their new obesity medications (contrave, qnexa, and others) – remains to be seen if and when they will make it to market – nevertheless, enough reason for cautious optimism.

So much for my predictions for 2009. As for 2010, I believe we are going to see an even greater interest from health professionals to learn more about obesity management (the Canadian Obesity Network is poised to play an important role in this regard); also, we are going to hear a lot more on weight-bias and discrimination, which is increasingly being identified as a significant barrier to effective obesity management – again this topic will be high on the Canadian Obesity Network’s strategic agenda.

Finally, I predict that there will be even more research on and recognition of the close link between obesity and mental health problems.