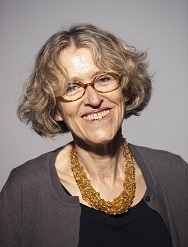 The second morning of the 20th European Congress on Obesity here in Liverpool was kicked off by a presentation by Theresa Marteau, Cambridge Institute of Public Health, on the use of “choice architecture” to “nudge” individuals towards adopting healthier behaviours.

The idea of nudging, defined by Thaler and Sunstein as

“..any aspect of the choice architecture that alters people’s behaviour in a predictable way without forbidding any options or significantly changing their economic incentives”,

is not a new idea to social psychologists and is based on the observation that our conscious processes are finite and that most of our responses to the environment occur below our conscious awareness.

In her talk, Marteau described the results of a large-scale scoping review on use of nudging interventions for tobacco-, alcohol-, diet- and physical activity-related behaviours. Her analysis included ~350 articles describing two types of interventions that altered either the properties (ambience, functional design, labelling, presentation, sizing) or placement (availability, proximity) of objects or stimuli within the micro-environent where the behaviour is happening. In addition the analysis looked at priming and prompting interventions.

All of these approaches have in common that they typically require minimal cognitive engagement and can potentially influence many people at the same time. In addition, health nudging, by avoiding the use of literacy and numeracy, may be able to reduce social patterning thus reducing health inequalities.

To date, most of the work on nudging has been done in the context of dietary behaviours, mainly on food labelling and sizing.

As one may expect, studies in experimental settings have shown effects of ambience (e.g. effects of the tempo of music on speed of eating), functional design (e.g. change in packaging), labelling (e.g. use of exciting names or cartoon characters on healthier foods), proximity (e.g. product placement on the shelf), or prompts (e.g signs or announcements) on behaviours.

The big question, however, is whether these effects are indeed sustained and have large enough effect sizes. So far, the data on this is not clear, which is why Marteau and colleagues are currently working on a synthesis of evidence to see whether such nudging interventions do indeed influence health behaviours outside the laboratory.

In the real world, healthy nudges have to compete with unhealthy nudges – e.g. images or labels warning against overconsumption of fast food have to compete with the strong nudges created by the common association of fast food advertising and images with sporting events – this may well be an insurmountable obstacle given the almost limitless tool box and financial resources of the food industry.

Marteau also addressed the acceptability of nudging interventions. As one may expect, less intrusive interventions such as placing or health prompts were found to be far most acceptable than taxing, pricing, or limiting portion size, which are generally seen as overtly limiting choice.

Ultimately, the issue of acceptability will be the rate-limiting-step for legislators, who need to align public and political wills. This is something that is unlikely to happen without stronger evidence to support broad acceptability of such measures. Countermeasures by industry and the voices of those who oppose coercive paternalism will clearly further limit political enthusiasm for legislative interventions.

On a happier note, Marteau notes that there may be somewhat greater acceptance for choice architecture interventions in children and young people.

Whether or not her optimism is warranted, remains to be seen.