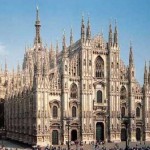 I believe it was in 1985 (24 years ago!), still in medical school, that I attended my first European Society of Hypertension (ESH) meeting in Milan. Since then, with few exceptions, I have regularly attended this meeting every year, which since moving from the cramped, stiflingly hot, but historical ancient medical school within easy walking distance from the Duomo, to the modern MIC-Milan convention centre at the edge of the city, has sadly lost much of its intimacy and flair.

Nevertheless, returning to Milan year after year always instills in me a sense of nostalgia – a sense of going back to my scientific roots, catching up with old friends, colleagues, mentors and students with whom I have interacted over the years.

Speaking of roots, few people who have followed my career recall that my first-ever first-author peer-reviewed publication was a 1989 paper on the pharmacokinetics of quinine in a couple of patients with malaria and renal failure, who I happened to look after on the ICU of the old Klinikum Steglitz (long since renamed Charite Campus Benjamin Franklin). It was while writing this paper under the guidance of Frieder Keller, well-known to the world of renal pharmacokinetic modeling, that I learnt much of what I know about pharmacology.

20 years later, I revisit the issue of pharmacokinetics with my current colleagues Raj Padwal and Dion Brocks, (University of Alberta) in a systematic review of drug absorption following bariatric surgery, just published in OBESITY REVIEWS.

For this study, we systematically reviewed the published literature on this topic (all of 26 studies (15 case reports/case series evaluating 12 different agents and 11 non-randomized controlled studies examining 15 different agents).

Interestingly, 22 of the 26 papers involved jejunoileal bypass, a now obsolete operation – this fact alone describes the alarming paucity of literature in this field.

Not surprisingly, we found evidence that drugs that are intrinsically poorly absorbed, highly lipophilic and/or undergo enterohepatic recirculation exhibit the greatest potential for malabsorption.

The most consistent evidence for diminished absorption was found for cyclosporine, thyroxine, phenytoin and rifampin.

Not only do these findings suggest that the several 100,000s of patients undergoing bariatric surgery globally each year, may require individual dose-adjustment and therapeutic monitoring of some drugs, but also that more rigorously conducted controlled studies are desperately needed to evaluate the effect of modern bariatric procedures on drug absorption.

Funny how sometimes things go around in circles – you simply never know when or where past experiences will someday come in handy.