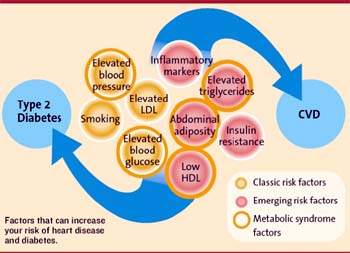 Regular readers are quite familiar with the concept of the Edmonton Obesity Staging System, which ranks obese individuals based on how “sick” rather than on just how “big” they are.

To be at Stage 0, obese individuals have to be not only free of any medical abnormalities (e.g. in their labwork) but also have no associated impairment of mental health or quality of life – in other words, Stage 0 = healthy – end of story!

We have previously shown that Stage 0 obese individuals, even with a BMI Of 40 or greater, have virtually no increased risk of dying even over a 20 year period.

Unfortunately, many authors chose to use less-stringent definitions of “healthy”, which serves only to confuse the literature on this issue.

Thus, a paper by KoKo Aung and colleagues from the University of Texas Health Science Center, San Antonio, Texas, published in the Journal of Clinical Endocrinology and Metabolism, based on an analysis of over 5,000 participants in the San Antonio Heart Study, suggests that “metabolically healthy” obese individuals have a significant risk for developing type 2 diabetes and cardiovascular disease.

Unfortunately, the authors chose to define “metabolically healthy” was as follows:

Thus, by EOSS standards, the so-called “metabolically healthy” individuals in this study would be anything but “healthy”. Even having just one metabolic risk factor or comorbid condition, would already put you at a EOSS Stage 1 or even a 2, a stage for which we have shown a clearly elevated risk for cardiovascular mortality.

In fact, while Aung an colleagues, considered 44% of their obese subjects as “metabolically healthy”, in our NHANES analysis less than 15% of obese individuals qualified as having EOSS Stage 0.

Thus, all this paper really shows is that if you already have at least one metabolic risk factor (and are thus EOSS 1 or even 2) you are at increased risk for diabetes (and CVD).

Unfortunately, due to the misleading definition of “healthy obese”, this paper has already received considerable media attention, suggesting that obesity is a risk factor even in those who are metabolically healthy – this of course is not at all what the paper shows, given that the so-called metabolically healthy were anything but healthy.

As readers will appreciate, EOSS also considers non-metabolic comorbidities as well as mental and functional health in its definition, all of which have to be absent to be considered EOSS Stage 0.

Clearly, metabolically unhealthy obese individuals are not healthy – but then, we already knew that.