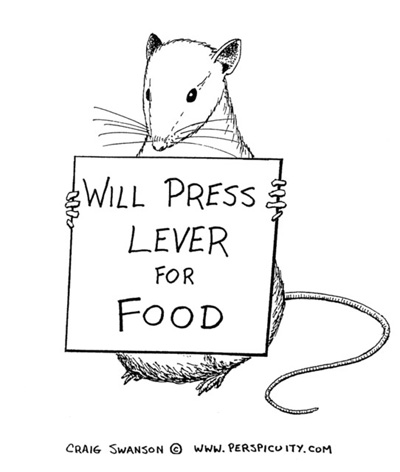 Alternate day fasting has been proposed by some as an effective (if slightly impractical) way to control body weight.

Now a study by Kazuhiko Higashida from Waseda University in Japan, published in Life Sciences, suggests that the metabolic effects of this approach may not be quite what one expects.

Although both high-fat groups gained more weight that the normal chow group, the alternate high-fat rats gained less abdominal fat than the every day high-fat group.

However, both the alternate-day and every day rats became insulin resistant with the alternate day fed rats having about 42% lower glucose transporter protein in their muscle compared to the regular chow rats while the every day high-fat rats only had a 30% decrease.

Thus, although alternate-day fasting may cause less accumulation of abdominal fat, there were no metabolic differences between the two high fat groups – if anything, glucose metabolism tended to be worse in the alternate day rats.

The reasons for this discrepancy are unclear and it will be interesting to see why the alternative day fasted rats did not benefit metabolically from gaining less fat.

I am not aware of similar findings in humans but it is certainly an issue that warrants study given that alternate day fasting is being promoted by some as a strategy to control you weight – perhaps not such a great strategy if glucose metabolism does not improve.