Home » blog » Mammography in Obesity: Too Little – Too Late?

Mammography in Obesity: Too Little – Too Late? 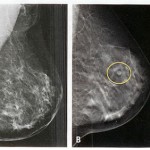 I have previously blogged on the fact that women with a BMI of 35 or higher are nearly 40 percent less likely than normal weight women to have had a Pap test (for detection of cervical cancer) in the last 12 months (see Pap Gap – June 12-2008).

It seems that there are also significant deficits in screening for breast cancer in obese women (J Gen Intern Med. 2009 May).

In this systematic review of the literature on obesity and mammography in the United States, Nisa Maruthur and colleagues (including my friend Fred Brancati) from Johns Hopkins University, Baltimore, MD, USA, included 17 studies that met their selection criteria.

Increasing BMI was associated with a significantly reduced likelihood of having received a mammography in the last 2 years (post-menopausal women with BMI>35 were almost 20% less likely to have received this exam), compared to normal-weight women.

It appears that as for Pap exams for cervical cancer, obese women are also less likely to be screened for breast cancer. While the reasons for this finding are not clear, it may well be that these lower screening rates partly explain the higher breast cancer mortality seen in severely obese women.

Given that the substantially increased risk of breast cancer in post-menopausal obese women, it will be important to fully understand the determinants and barriers to cancer screening in this vulnerable population.