Is the Metabolically Healthy Obesity Phenotype Irrelevant for Public Health? 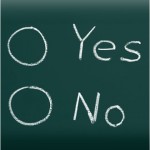 Anyone who has closely followed my writings on this topic will know by now that health for a given individual cannot be measured by simply stepping on a scale (or for that matter using a measuring tape).

There are indeed individuals who appear rather healthy even at BMI levels considered to be well into the obesity range (just how many depends on your definition of “healthy”).

In an article and commentary that appears in the American Journal of Epidemiology, Juan Pablo Rey-López and colleagues from the School for Policy Studies, University of Bristol,UK, argue that the notion of “metabolically healthy obesity” (MHO), if anything is distracting and even counterproductive to public health efforts to prevent obesity.

“the MHO phenotype is not benign and as such has very limited relevance as a public health target.”

Throughout the article, the authors indeed make the oft-heard arguments for a population wide approach based on the notion that even a small left-shift in the weight distribution curve (as popularized by Geoffrey Rose) can have a potentially large influence on the population burden of excess weight.

This is not something anyone would argue with – at least at a population level and when the issue is prevention.

Unfortunately, Rey-López and colleagues then fall into the trap of pooh-poohing the research efforts around better trying to understand exactly why there is such a variation in how excess weight may (or may not) affect an individual’s health.

“More efforts must be allocated to reducing the distal and actual causal agents that lead to weight gain, instead of the current disproportionate scientific interest in the biological processes that explain the heterogeneity of obesity.”

Furthermore, they argue against further investments into obesity treatments:

“Nevertheless, it should be openly recognized that further investments in this predominantly individual approach will not reverse the obesity epidemic, because 1) medical therapies or dramatic lifestyle changes do not modify the distal causes of obesity (i.e., modern processed food and the built environment) and 2) individualized lifestyle modifications are commonly unsuccessful and inaccessible.“

The two facts that are largely ignored in this discussion are 1) that efforts at prevention (no matter how effective) are not helping the millions of people already living with this problem and 2) trying to find better treatments by learning more about the biology of this condition is exactly how we have found treatments for a host of other conditions ranging from diabetes to hypercholesterolemia and that these treatments have indeed allowed millions of people with these conditions to live productive and meaningful lives.

Personally, I find that the line of argument presented by the authors reeks of discrimination against people living with this problem. Thus, I cannot help but think that the authors consider people with obesity a “lost cause” not worthy of the investment into finding or providing better treatments.

Whether or not the discussions about MHO will help advance the field or not is certainly debatable.

Wether pitching prevention against treatment has the potential to actually harm people living with this problem is not.