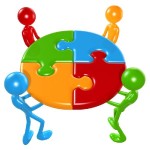 Yesterday, I gave a key note talk on why bariatric surgery should not be seen as a ‘quick fix’ for obesity at the 5th Annual Obesity Symposium hosted by the European Surgical Institute in Norderstedt (just outside Hamburg).

I also participated in an interdisciplinary panel discussion of six interesting cases that were presented to us for comment.

While all panelist agreed that surgical treatment is currently the most effective treatment for patients with severe obesity, several of us were also quick to point out that this does not make obesity a surgical disease. In fact, there was general agreement among the panelists that this is a condition that is best managed in a multidisciplinary setting which includes internists and psychiatrists as well as nurses and other allied health care providers.

As one panelist pointed out, while the surgery may help the patient sustain weight loss, the many medical and psychosocial problems that patients often face before and after surgery need to be addressed in order for them to get the maximum benefit from the procedure.

It was interesting, but not surprising, to note that surgeons from all three countries (Germany, Switzerland and Austria) universally complained about the fact that they often had nowhere to send their operated patients for follow-up leaving them with the burden of trying to provide what little support they could after surgery.

While the surgeons fully realized that the underlying problems in cases where patients struggled or faced complications were seldom ‘surgical’, they often found it difficult to direct these patients to appropriate providers better qualified to deal with the psychosocial or mental issues that caused these problems. Thus, surgeons reported often finding themselves reoperating on ‘unsuccessful’ patients in the hope that a more drastic operation would fix the problem (which in most cases it didn’t).

This speaks to the importance of ensuring that any increase in bariatric surgical capacity must be matched by an increase in capacity of other providers to assist in the care of these often complex patients.

Unfortunately, in many setting, such services are either not available or significantly under funded, often leaving patients abandoned and struggling.

This issue is certainly by no means unique to these countries. Rather it appears to be rather universal experience that, while attracting surgeons to do the operations is rather straightforward, finding competent physicians willing to work in this field is far more difficult.