How to Prevent Childhood Obesity? 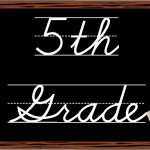 While the growing concern about childhood overweight and obesity has spawned a wide-ranging discussion on the causes and approaches to best tackle this epidemic, evidence to support actions that will demonstrably reduce childhood obesity remain hotly debated.

In the light of this discussion, it is not only important to better understand the determinants of childhood obesity but also to examine proposed intervention strategies both in terms of feasibility and efficacy.

This exercise was undertaken by Kuhle and colleagues from the University of Alberta in a paper just published in the Canadian Journal of Public Health that examines the prevention potential of risk factors for childhood overweight.

In order to estimate the population-attributable risk for childhood overweight risk factors, the researchers examined data from a population-based survey of Grade 5 students who participated in the 2003 Children’s Lifestyle and School Performance Study in Nova Scotia, Canada. Data from this survey was linked to a provincial perinatal registry to also determine the role of maternal factors in the risk for excess weight in childhood.

Based on their analyses, the researchers concluded that addressing these two issues could potentially prevent approximately 40% of overweight in childhood.

Obviously, this calculation assumes that there are effective ways of actually reducing pre-pregnancy weights and the time kids spend on sedentary activities. Regular readers of these pages probably appreciate that this may not be quite as straightforward as it sounds.

On the other hand, recognizing where intervention strategies can perhaps provide the “biggest bang for the buck” is certainly a step in the right direction.