Home » blog » How The Hedonic System Ratchets Up Your Weight

How The Hedonic System Ratchets Up Your Weight 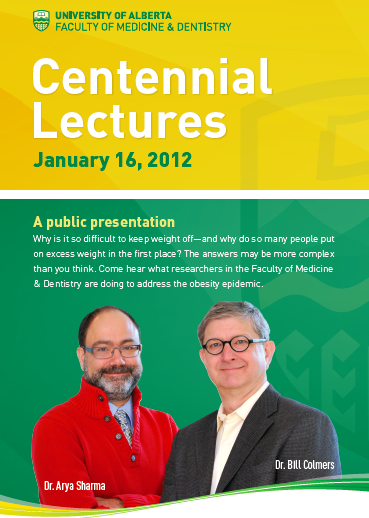 Earlier this week, Bill Colmers and I gave the inaugural Centennial Lecture for our Faculty of Medicine and Dentistry in anticipation of the upcoming 100 year anniversary of the University of Alberta medical school.

In this talk, we discussed why it is so difficult to keep weight off. I presented the clinical problem, and Colmers, the neuroscientist, presented an overview of how the brain affects eating behaviour and regulates body weight.

I was particularly impressed by how Colmers described the respective roles of the hedonic and homeostatic systems in human evolution.

While the hedonic (pleasure seeking) system evolved to help our hunter-gatherer ancestors seek out and take advantage of any highly palatable energy dense foods they happened to come upon, the homeostatic system evolved to protect from wasting away those extra calories that they did ingest.

Thus, according to Colmers, the hedonic system’s job was to make it hard to resist, in fact, make our ancestors to often go to considerable lengths to searching out those rare palatable energy dense foods and then to eat as much of them as possible, whether they were actually hungry or not. They could of course always store those extra calories as fat tissue for later use – a tremendous survival advantage.

In contrast, the job of the homeostatic system was to ‘defend’ those stored calories – in fact, it is designed to regard any accumulation of fat stores as the ‘new normal’ and from then on make sure that this increased level of fatness was maintained (or regained) ever after.

Indeed, the homeostatic system is ‘designed’ to readjust its set point of body weight – after all it has to do this starting from birth as body weight continues to increase as the baby grows into a toddler that grows into a kid and ultimately into an adult.

Unfortunately, the mechanisms that allow the set point to reset to ‘defend’ a progressively higher body weight – generally works in only one direction – after all that is all that is required by nature, where people do not naturally ‘shrink’.

Colmers used the analogy of a ratchet to describe how the homeostatic system is designed to defend ever increasing body weights without having the ability to reset itself to a lower body weight even if the person now wants to lose weight.

Once set to a higher weight (e.g. resulting from ‘overindulgence’ driven by the hedonic system or other factors that may promote weight gain), the homeostatic system uses a wide range of mechanisms affecting hunger, satiety, appetite, metabolic rate, etc. to ‘defend’ this weight from then on.

A very helpful analogy I thought, nicely explaining why evolution has given us the mechanisms to gain weight but not to lose it.