How Poverty Promotes Obesity in Indonesia 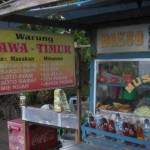 I have previously blogged about the importance of maternal ill-health and malnutrition as a key driver of the childhood obesity epidemic. Not surprisingly, this statement appears even more relevant, when we look at the emerging obesity epidemic in developing countries.

Thus in an article just released online in Obesity Reviews, Avita Usfar and colleagues examine obesity as a possible consequence of a a poverty-related nutrition problems.

As the authors note, in developing countries like Indonesia, although undernutrition is still a major public health problem, especially in the very poor, obesity is emerging as a broader public health challenge.

Thus, in the Indonesian national basic health research 2007, double-digit percentages of overnutrition were found among all age groups, with similar magnitude in urban and rural areas and higher prevalence in adult female.

The authors note that it is important for Indonesia to target nutrition intervention for female adolescents, pregnant woman to first 2 years of life, initiate nutrition education for school-age children and disseminate healthy eating messages. The article also calls for the development of nutritional guidelines and for the use of lower BMI cut-offs to define obesity in Indonesians.

Overall, same issues probably apply for other developing countries, where the prevelance of overnutrition is fast overtaking the prevalence of undernutrition – a situation that was unthinkable just a few decades ago.