Home » blog » How Obesity Gets Your GOAT

How Obesity Gets Your GOAT 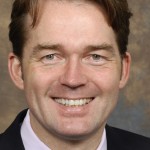 As my readers may recall, yesterday, I presented at the at the Global Obesity Summit 2010, Jackson, Mississippi.

My plenary talk on the Aetiological Management of Obesity was followed by a most interesting presentation by Matthias Tschöp from the University of Cincinnati, on novel peptide targets for obesity management.

Some readers may know of the considerable work that Tschöp has done in the area of appetite regulation by the “hunger hormone” ghrelin.

As Tschöp pointed out in his talk, the ghrelin story turns out to be far less straightforward than previously assumed due to the fact that this gut hormone has some very unique and complex biology.

Indeed, rather than simply being a “hunger hormone”, ghrelin is turning out to be a molecule that perhaps serves more as a “nutrient sensor” with important actions on a wide range of important mechanisms regulating energy balance and metabolism.

One peculiarity of this peptide hormone is that it is present both in an active and inactive form, whereby the active form has a unique feature – namely its “acylation” with an eight-carbon fatty acid side chain (octanoate). Only this “activated” form of ghrelin appears to impart its biological activity on the ghrelin receptor.

It turns out that the key enzyme responsible for converting inactive ghrelin to its active form is ghrelin O-acyltransferase (or GOAT for short). It also appear that the fatty acid chain that is attached to ghrelin during the activation process may be directly derived from specific dietary lipids that function as acylation substrates. This latter finding suggests that the GOAT-ghrelin interaction may actually serve as a sensing mechanism for the availability and composition of the diet.

In his talk, Tschöp briefly reviewed the role of GOAT and the potential role of this enzyme as a target for regulating the biological actions of ghrelin for treating obesity and diabetes.

Not only do genetically modified animals that lack or overexpress the GOAT gene appear to have differences in their energy metabolism, but it has also been shown that such differences can be further modulated by the (lipid) composition of the diet.

Nevertheless, given the multiple roles of ghrelin in the physiology of different organs and metabolic processes, whether or not blocking or otherwise manipulating the GOAT-ghrelin system turns out to be both effective and safe remains to be seen.

Such studies are currently underway.