Home » blog » How Much Do Ontario Family Docs Know About Bariatric Surgery?

How Much Do Ontario Family Docs Know About Bariatric Surgery? 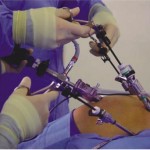 Although bariatric surgery is by far the most effective treatment for severe obesity, most health professionals will have learnt little about it during their training. For those who did, much of what they learnt is probably obsolete, given the remarkable advances both in surgical technique as well as patient management.

Given that the family doctor may often be the key person to suggest or counsel patients about the pros and cons of bariatric surgery, refer appropriate patients for surgery and manage them long-term in the years following surgery, it is essential that they have a sound understanding of the indications, risk and benefits of surgery.

Now, a survey of Ontario family docs, published in Obesity Surgery by Mark Auspitz and colleagues from the University of Toronto, reveals important knowledge gaps and misconceptions about bariatric surgery.

The 28-item questionnaire, sent to 1328 physicians in Ontario resulted in 165 responses.

Overall experience was limited: around 70% of responding family physicians had less than five surgical patients in their practice, almost 10% had none.

The vast majority of responders (70 %) stated that they at best referred about 5 % of their patients with severe obesity for surgery.

Virtually all (92%) of family physicians stated that they would like to receive more education about bariatric surgery.

To the question as to whether or not they would consider referring a family member for surgery, only 56% of docs who had never referred a patient would consider it, compared to 85% of physicians with previous referrals.

As a side note, only 30% of responders felt that they had the appropriate equipment and resources to manage patients with obesity.

Unless one assumes that the docs who responded to this survey are somehow very different from the docs who didn’t, one must conclude that there are indeed considerable knowledge gaps about bariatric surgery among family docs in Ontario (and I have no reason to believe that this situation would be much better anywhere else in Canada).

On a positive note, it appears that the vast majority of docs are keenly aware of this deficit and would appreciate more education on bariatric surgery.

How much does your doctor know about it?